Will you be in Walt Disney World or Disneyland next week? Pack your red, white & blue because Disney has expanded the Fourth of July celebrations to last an entire week!

July 1 – 7, 2013 will be Independence Week as part of Disney's Limited Time Magic. At the Magic Kingdom and at Disneyland, 'Disney's Celebrate America! A Fourth of July Concert in the Sky' fireworks show will be shown nightly. At the Magic Kingdom, a patriotic pre-parade processional (say that three times fast!) will be added to the 'Celebrate a Dream Come True' afternoon parade.

Add patriotic treats and exclusive merchandise and enjoy this celebration of our nation! 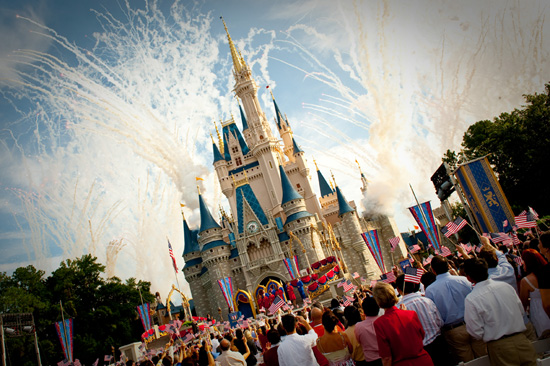