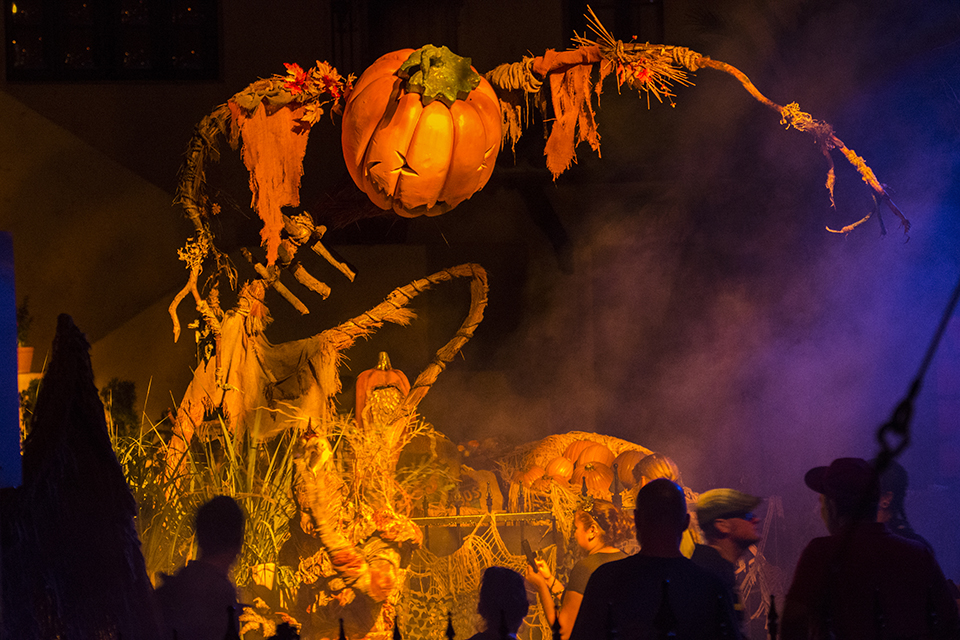 Exciting news on the Halloween Horror Nights front, for both Orlando and Hollywood's Universal Studios locations! Acclaimed Filmmaker Eli Roth takes the commercial for the nation’s best Halloween event to a new, cinematic level. Here are all the details and a sneak peek of the new commercial!

This year, filmmaker Eli Roth – acclaimed director of blockbuster horror films such as Hostel and Cabin Fever – makes his commercial directorial debut with Universal Studios’ new “Halloween Horror Nights” television spot, entitled “The Mourning After.” “Halloween Horror Nights” kicks off at Universal Studios Hollywood and Universal Orlando Resort on Friday, September 15. The commercial begins airing after the Labor Day weekend and can be seen here. A behind-the-scenes making of and extended Director’s Cut version can be viewed here.

With Roth’s creative direction and filmmaking expertise, the compelling 30-second commercial becomes one of the most cinematic, horror-film-inspired, “Halloween Horror Nights” commercials ever created. “The Mourning After” spot follows a group of friends as they attend an unusual Halloween costume party and unfolds with a series of suspenseful twists and turns that begs for more.

Viewers will see an array of hidden references woven throughout the spot that pay tribute to the horror films and television-themed mazes guests will encounter at this year’s “Halloween Horror Nights” events. These include FX’s critically-acclaimed, Emmy and Golden Globe Award-winning television series, “American Horror Story,” Stanley Kubrick’s psychological horror film, The Shining and the upcoming SAW: The Games of Jigsaw movie.

“I first got involved with ‘Halloween Horror Nights’ as a fan – I felt that I was in a horror movie and I didn’t want it to end,” said Roth. “For this spot, I wanted to pay homage to these brilliant and scary films, and yet put my own spin on it.”

Universal Studios’ “Halloween Horror Nights” is the ultimate Halloween event. For more than 20 years, guests from around the world have visited Halloween Horror Nights in Hollywood and Orlando to become victims inside their own horror film. The streets of each coast’s event are transformed into highly-themed scare zones where menacing “scare-actors” lunge from every darkened corner. Multiple movie-quality haunted houses are erected throughout the event, based on everything from iconic slasher films to hit horror television series to haunting original stories.