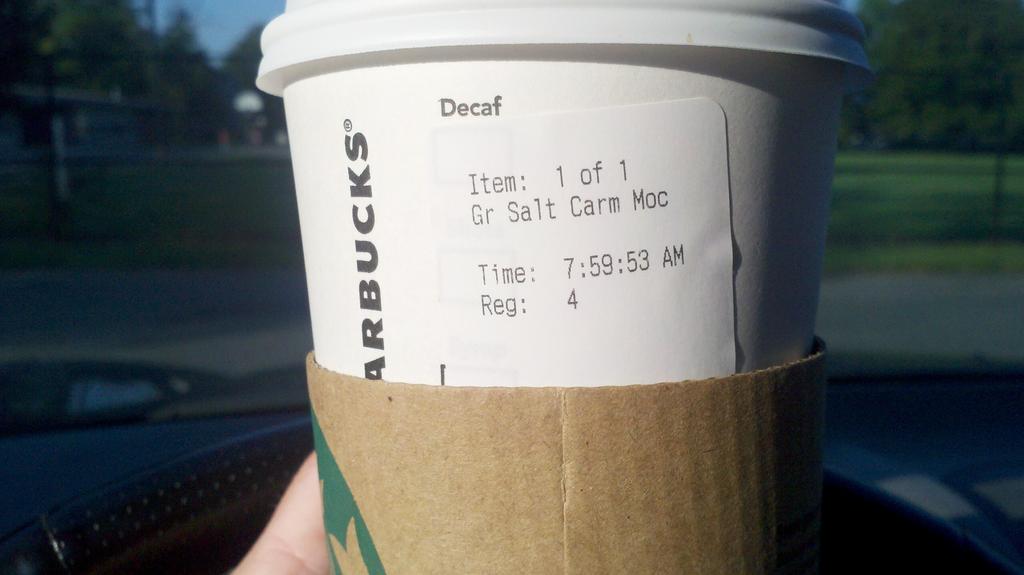 And rejoice with me for decent coffee is finally coming to Walt Disney World! Beginning in 2013, Starbucks will be served in two locations at Walt Disney World – one in the Magic Kingdom and one in Epcot.

Now when they first announced this plan, my salted caramel mocha-loving heart was filled with gladness. Until they announced last week that Starbucks was going to be replacing my beloved Main Street Bakery. I'm sorry – say what? "Whatchoo talkin' about Walt?!" (Diff'rent Strokes? Anyone?)

The web quickly erupted with the comments and complaints of indignant cinnamon roll and ice cream cookie sandwich lovers, myself included. Where would we get our beloved goodies? And how dare you change the name of our favorite snack locale? (Oddly enough, no one seemed to be mourning the potential loss of the Fountain View Bakery over at Epcot!)

And no sooner than you can say "Guest feedback," Disney announced a "clarification" to the plans. The Main Street Bakery will close in early 2013 and re-open in early summer 2013. The name and theming of the location will remain the same as well as many of the menu items. A Starbucks menu will be added to the line-up of popular cookies, brownies and cupcakes offered. The ginormous cinnamon rolls will be moving to Gaston's Tavern in the new Fantasyland and the ice cream cookie sandwiches will be available at the Plaza Ice Cream Parlor.

The Fountain View Bakery will be closing for good in March 2013. A Starbucks will be opening in that space in mid-summer 2013. Select Disney menu items will be offered in addition to the Starbucks menu.

So in the end, I get to have my favorite Ice Cream Cookie Sandwich AND my favorite coffee drink. Life is good…