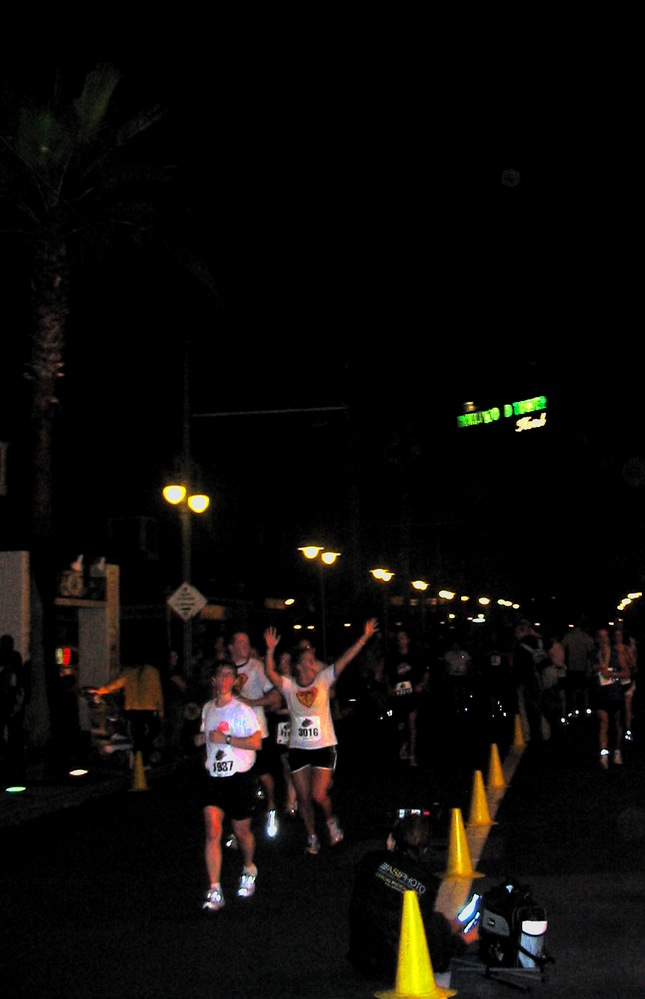 The Tower of Terror is 13 years old and how does Disney celebrate?  With a party of course!  Well there was also a marathon too.  I am not much for running so I just did the party part.  I am not a morning person either so I have never been down in January when the marathon is going on so this was my first expierience with a marthon running through a park.  I have to say it was a lot of fun cheering on the runners.  There were times you could tell a person was tired but just a cheer and some claps from the crowd gave them new wind.   There were also some runners with a sense of humor that made it fun to watch, such the the Forest Gump runner LOL!  Sorry I didn’t get his photo. We did take a break from cheering to ride the open attractions.  Tower of Terror of coruse, along with Great Movie Ride, Star Tours, and Rockin Roller Coaster.  There was a also a band set up under the big hat and a DJ spinning tunes in front of Tower of Terror.  It was great night!  I hope Disney makes it a regular event.  I think I will even get up early enough to go down and cheer on runners in January – so Michelle and Suzy I will be looking for you 2!