Disney's Hollywood Studios opened to guests for the first time on May 1, 1989. (Of course, at the time it was known as Disney-MGM Studios! Everyone who still refers to it as "MGM" raise your hand!)

Tomorrow, May 1, 2014, Disney's Hollywood Studios will celebrate its 25th Anniversary. And to celebrate, they have a day filled with extra special events! A rededication ceremony will take place at 10:00 am featuring some Cast Members who have been there for all 25 years, at 7:00 pm a special motorcade will make its way down Hollywood Boulevard featuring the "Stars of the Studios" such as Wreck it Ralph, Darth Vader, Doc McStuffins and more, then at 9:30 pm a special fireworls show will take place in the sky behind the Sorcerer's Hat!

There's even dessert! An Anniversary cupcake will be available for one day only on May 1, 2014. This chocolate cupcake with chocolate-hazelnut frosting will sell for $5.19 each or count as one snack credit on the Dining Plan. Enjoy! 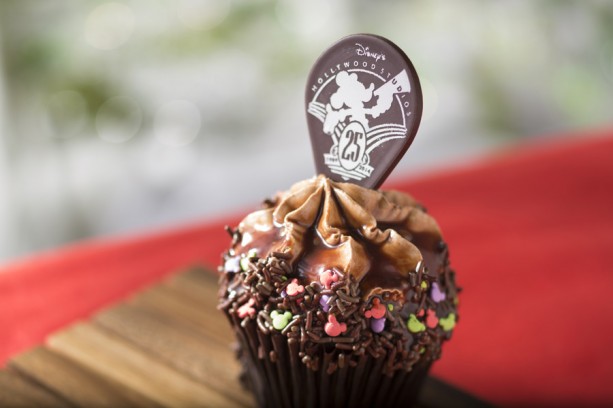