A new interactive quest is coming to Adventureland in the Magic Kingdom this Spring. A Pirate's Adventure: Treasures of the Seven Seas will take guests on a treasure hunt through adventureland using a pirate map and "magic" talisman to help guide them on the search for hidden treasure.

Five different quests will keep guests coming back for more as they battle enemies such as Captain Barbossa or the British Royal Navy while helping Captain Jack to find his treasure hidden.

Combine this with a stop at the Pirate's League and you have a perfect day for any wanna-be Pirate! 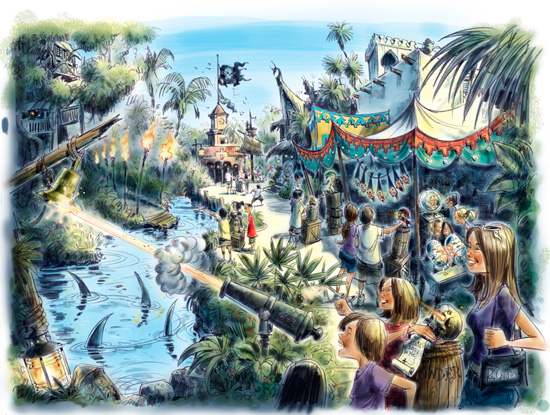