Home The Rumor Mill More Gravy than of Grave

More Gravy than of Grave

I love rumors. Speculation is good old fashioned American fun. Without rumors the Hollywood press would shrivel up and blow away like so much dust. I think we would all be just a bit poorer from having been forced to inhale that dust, so best to just support rumors and ignore the Hollywood press instead.

Plus, I do love rumors.

So I suggest that we traffic in them here. Not seriously of course, but for fun and to keep up with the new happenings at Disney parks around the world. So I’ll start. 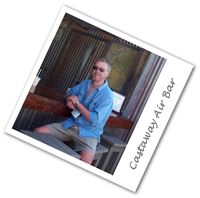 I give this one about a two on the “what have you been smoking” scale. It’s got that grain of truth to it that says “somebody at Disney spent money on this before it got canceled by people who think”. The story goes like this:

Beci and I were on a boat heading down the bayou from Port Orleans – Riverside to Downtown Disney a few weeks ago. Our Captain was quite entertaining, with some nice pre-packaged jokes and lots of info on what we were passing. Perhaps not so entertaining if you stay at Port Orleans frequently, but it was my first stay there and so my first trip down the bayou. As we pulled into the lake and Pleasure Island lay in front of us, our intrepid guide said, “Take a picture, because by this time next year all that will be gone. Disney is planning to rebuild Pleasure Island to attract a more adult crowd”.

So being a quick witted reporter – I make software for a living – I promptly got off the boat and didn’t ask any questions at all. As we reached the top of the ramp I thought, I should go ask him some questions about that, and so I turned and watched him sail off across the lake toward the French Quarter. So, end of story.

But wait. There’s more. After several hours of shopping, most of which I spent gazing longingly at the new and nearly open Irish pub; we headed back for the boats. I was determined to ask our new captain, who looked to be about twelve, if he knew anything about a Pleasure Island refurb. So we sat at the front of the boat right behind the captain. I had a nice view of PI from my boat seat, and thought, “I should ask some people over there what they know…”

D’OH! I really stink at this reporter thing.

Our captain came over and stood by me and being eager to make up for my two earlier blunders I started chatting with him right away. “So, worked here long?” He turned and replied, “Sorry, my shifts over. I’ve got to go”, and walked up the ramp.

And down the ramp came our captain from the first ride. After I ascertained that he was going to tell all the same jokes on this trip, only in reverse order, I broke into his monologue and started asking him about the PI changes he had mentioned on the way down to what I still fondly remember as the Disney Village Marketplace. He said that the goal was to bring in more vacationers and less locals. They would accomplish that by getting rid of all the trendy clubs and focusing on un-trendy clubs and by putting in a bowling alley.

I’ll just wait here for a second while you read that last bit again.

All done? OK now you see why it has that strange “Disney actually thought about this for a while” feeling to it. It could almost be true. I’m sure they have plans to update PI. I’m sure they’d like to bring in 100% vacationers. It’s the un-trendy clubs and a bowling alley that brought me back to earth. After all, they did just put in a new Irish Pub (that I still haven been to). So it can’t be true. Can it?