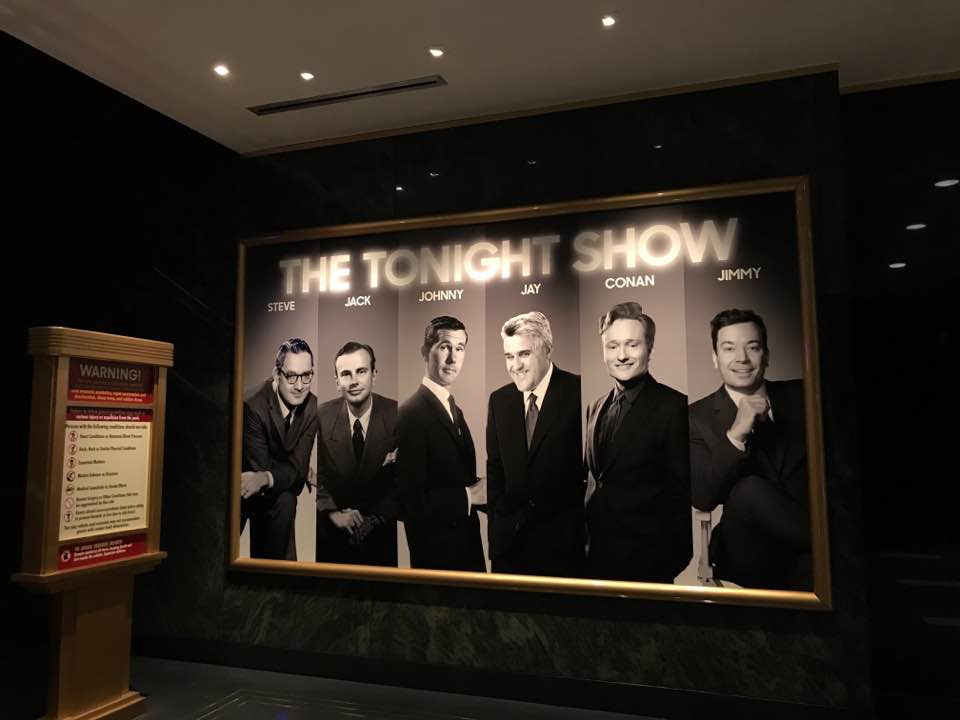 The much-anticipated Race Through New York Starring Jimmy Fallon celebrated it's grand opening on April 6th and is now open to the public. For the past few weeks, it was in a soft opening phase and Univeral Orlando Resort annual passholders or visitors who signed up using their virtual line system were able to test out the new experience. We were able to do just that and shared some photos and video on our social media channels a couple of weeks ago. Now we want to share our ride experience with you so you'll know just what to expect when you next visit Universal Studios Orlando.

There has been a lot of buzz lately about Universal's virtual no-wait queue that will be in place at Volcano Bay water park when it opens. Race Through New York uses a similar experience, except you can sign up right on your phone. A reservation of sorts, and then return to the attraction when your chosen hour-long window occurs. Very similar to a FastPass, when the Virtual Line times are gone, you can stand in the standby line, if it's available. Universal is saying that there is NO queue for Race Through New York, because of this feature and the color-coded cards you receive when you get inside the building. While this is true, there isn't a traditional queue, you do not instantly ride the attraction. Here's how it works: You are given a card with the NBC peacock on it when you enter the building. There are many different colors. The colors are also reflected in the lighting. So when the lights around you turn to the color of your card, then you move upstairs to the next level. So you can wander around and see the history of the Tonight Show, with some really fun displays and memorabilia from the show over the years. In addition, the building itself looks exactly like the lobby of 30 Rockefeller Center in New York, so it's fun if you've ever been before to see how similar everything is. Once you get upstairs, there are screens all around playing clips of some of the funniest moments of The Tonight Show with Jimmy Fallon. There are a few table top video games to keep people entertained. Further in, is a small stage, where the Ragtime Gals, a barbershop acapella group perform every 15 minutes or so. They are really fun and sing various sets from boy band hits to hair band classics to the popular Fallon skit the "history of rap." They also perform another favorite, "classroom instruments" where they break down hit songs using instruments you'd find in an elementary classroom. It really makes the time pass, and I'm not sure how often they will perform now that the ride is officially open, but we saw them 3 times while we waited. So, while you aren't waiting in a traditional switchback queue, you are waiting for your color to appear. And if you decide you really want to see another set of the Ragtime Gals, or hope Hashtag the Panda will appear, you can wait out your color and just see an attendant when you're ready to head in to the ride.

Once your color again appears in the lighting, you are directed to form more familiar lines, as you enter another room and those lines become the row you will be in once the doors open. In this next room, you are given 3D glasses and treated to a safety spiel rapped by Tariq from The Roots, and then you enter the next room, which is actually a theatre set up, similar to the Simpsons Ride. We sat in the front row, but I'd recommend sitting further back on the first time through, to get a better feel for everything going on around you. The ride itself is very fast-paced, throwing in every possible Tonight Show gag or reference that they can in the allotted time. It's a fun romp through New York City, with a detour to the moon and then finding a way to get back down once you're up there. There are some "4D" effects thrown in, with scents and of course, getting a little wet, so be prepared if you don't like that sort of thing. It is a motion-based simulator, so if you don't do well on those, be advised you may want to sit this one out. The Simpsons ride makes me a little queasy, and this one wasn't that bad, but I definitely felt it when I got off. It's a fun experience though, for fans of the show, or of New York and the queue system definitely makes it feel like you aren't wasting your time standing around. The Universal Orlando Blog has a great step-by-step guide for how to set up your Virtual Line selections for Race Through New York starring Jimmy Fallon.

Now, like the photo below says…STOP…what you're doing and head to our MEI & Mouse Fan Travel Facebook page to see more photos from the attraction building. Let us know if you've experienced Race Through New York and what you thought!